A Pakistani man has admitted murdering his sister in an ‘honour killing’ because she married a Christian man.

Mubeen Rajhu, 24, from Lahore, shot Tasleem, 18, in the head at home in August after he discovered his Muslim sister had defied the family and married a Christian.

He had been taunted by co-workers who had seen Tasleem in their neighbourhood with the man.

Rajhu, who is from a poor neighbourhood on the northern edge of Lahore, is being held by police. He said he had demanded that his sister swear on the Quran that she would never marry the man. He said: ‘I told her I would have no face to show at the mill, to show to my neighbors, so don’t do it. Don’t do it. But she wouldn’t listen.

‘I could not let it go. It was all I could think about. I had to kill her. There was no choice. There was no yelling, no shouting. I just shot her dead.’

Ali Raza, a co-worker at the mill, said the taunting of Rajhu about his sister had gone on for months.

He said: ‘He used to tell us, “If you don’t stop, I will kill myself. Stop!” The guys here told him, “It would be better to kill your sister”.’

Raza said Rajhu told them he had bought a pistol and one day in August stopped coming to work. 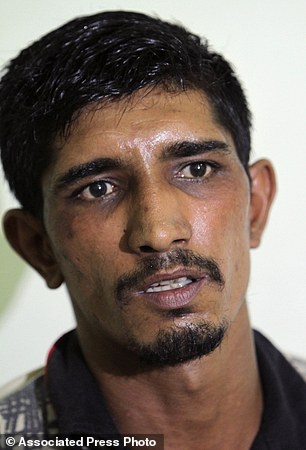 Tasleem, 18, was shot in the head at home by her brother Mubeen on August 14

However, Tasleem’s father Mohammed Naseer Rajhu puts the blame on his daughter.

The number of ‘honour killings’ in Pakistan has increased over the past few years. 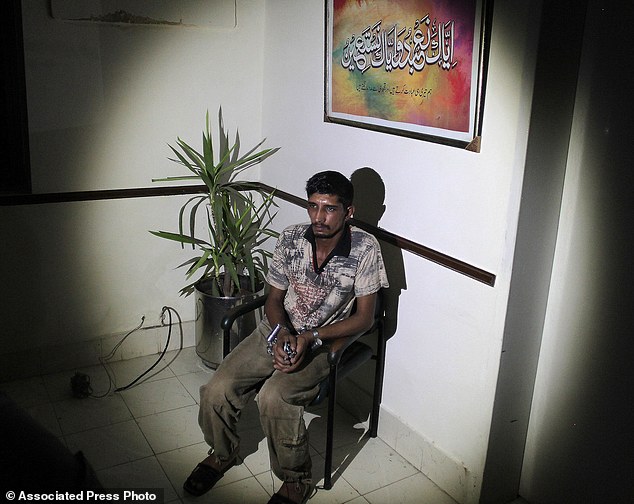 Rajhu, who is from a poor neighborhood on the edge of Lahore, is being held by police … read more