NY Times reports – CHARLESTON, S.C. — An intense manhunt was underway Thursday for a white gunman who opened fire on Wednesday night at a historic black church in this city’s downtown, killing nine people before fleeing.

The chief of police of Charleston, Greg Mullen, called the shooting a hate crime.

Chief Mullen said that law enforcement officials, including the F.B.I. and other federal agencies, were assisting in the investigation of the shooting, which left six women and three men dead.

Chief Mullen said the gunman had walked into the historic Emanuel African Methodist Episcopal Church and attended the meeting for about an hour before opening fire. Among the dead, according to news reports, was the Rev. Clementa Pinckney, who was also a state senator

Eight people died at the scene, Chief Mullen said. One person was taken to the Medical University of South Carolina, and died on the way.

“This is clearly a tragedy in the city of Charleston,” Chief Mullen said. He did not say what type of gun was used in the shooting. 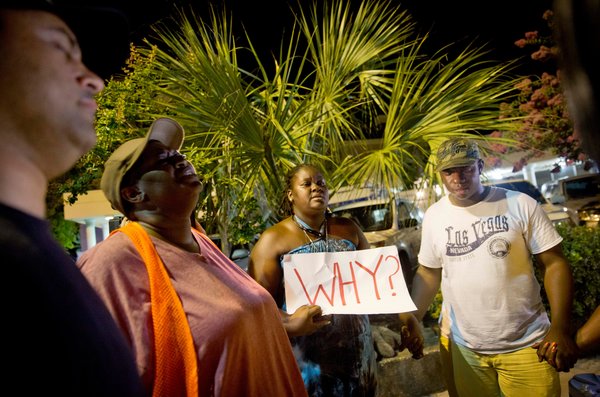 “This is a situation that is unacceptable in any society, especially in our society and our city,” Chief Mullen said at an early morning news conference. “We are leaving no stone unturned.”

City officials did not release information about the victims and did not say how many people were in the church during the shooting. Hospital officials declined to comment.

At an early morning news conference on Thursday, the police released pictures from surveillance footage of the man who is believed to be the gunman, and the police said he had been seen leaving the church in a black, four-door sedan that was also captured on video.

Mr. Pinckney and his sister were among those killed, said J. Todd Rutherford, the minority leader of the State House of Representatives.

Rutherford, the minority leader of the State House of Representatives.

Mr. Rutherford, who has served in the State Legislature with Mr. Pinckney, 41, since 1998, recalled him as a tireless leader with a booming voice and a mission to serve.

“He was called to the ministry when he was 13, ordained at 18, elected to the House at 23 and the Senate at 27,” Mr. Rutherford said. “He was a man driven by public service.”

Mayor Joseph P. Riley Jr. said the city was offering a reward for information leading to the arrest of the gunman, whom the police described as a cleanshaven white man about 21 years old with sandy blond hair and wearing a gray sweatshirt, bluejeans and Timberland boots.

“To walk into a church and shoot someone is out of pure hatred,” the mayor said as he walked away after the news conference