Next Monday, July 25, the independent contemporary gospel singer Veola Sophia will debut her latest studio endeavor, a single entitled ‘Keep Moving.’ The elegant new track, which was produced by Reubin Heights and DJ Elevator at Perfect Blend Studios, is a beautiful excursion through Veola’s talent for inspiring her listeners with masterful lead vocals and relatable lyricism. The song will go live on all major digital music platforms, and local fans can also pick up a physical copy of the new effort at the Bahamas Conference of Seventh-day Adventists in Nassau. A native of the Bahamas, Veola began singing gospel music in church at a very young age.

Over the years, she has been lauded for her talent in the Bahamas, in Jamaica, and in the United States. Her infectious, lovable presence as a performer has often put her into the limelight as a featured lead vocalist of church groups. In 2014, she debuted as a solo vocalist with her first release, ‘100 Meters.’ After that, she released her sophomore pursuit, a song called ‘Pledge.’ ‘Keep Moving’ marks her junior release, and it follows on the heels of Veola landing in the top five vocalists of the Gospel Music Association Immerse Conference in Nashville, Tennessee last month. 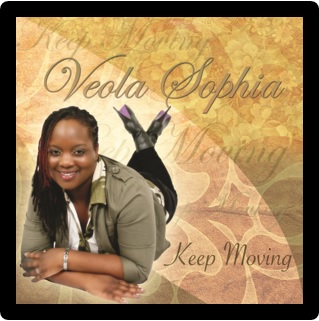 Veola’s journey has just begun. Her mission is simple: to continue to write, sing, and minister music that inspires the soul and helps her fans find and strengthen their relationship with God. ‘Keep Moving’ was inspired by Philippians 3:14. “I didn’t want to live my life without accomplishing my purpose,” says Veola. “So I went forward and pursued my music ministry despite of fear and negative people. I want to inspire others to do the same.

“I press on toward the goal to win the prize of God’s heavenly calling in Christ Jesus.” –Philippians 3:14

Click here to listen to Keep Moving : on You tube: https://youtu.be/nPbSF5_e4qA