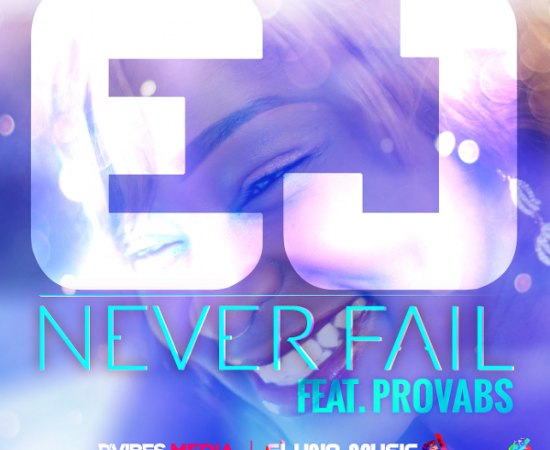 “Never Fail” is a song that speaks of God’s purpose in the midst of our trials. So many times in our lives things do not go the way we plan and hope for and then we ask God, “Why?” Wondering if we have done something wrong. But God looks upon us, hoping we would get understanding of what He is doing. We tend to forget the promises of God that He will be with us through the trials and pain. He never said there won’t be trials but He said He will strengthen us through it all.

“Consider it a sheer gift, friends, when tests and challenges comes at you from all sides. You know that under pressure, your faith-life is forced into the open and shows its true colors…Let it do it’s work so you become mature and well-developed, not deficient in anyway.” James 1:2 (MSG)

“Never Fail” is a song of strength, confidence and victory. And I pray the song strengthen all who hear it because I am strengthen by it everyday.

It was a pleasure working with Provabs on the tracks and I hope you are all blessed by it.

EJ is an up & coming artist in the gospel music world, a Singer and Songwriter. In 2013, she released her debut album, titled Unveiled, presently available on iTunes, Spotify and other online distributing stores.

EJ also released two music videos alongside. Since her Debut Album released, EJ has ministered from state to states across the United States and hopes to reach out to other countries internationally. She sees worship as a calling and believes she has a message for this generation.