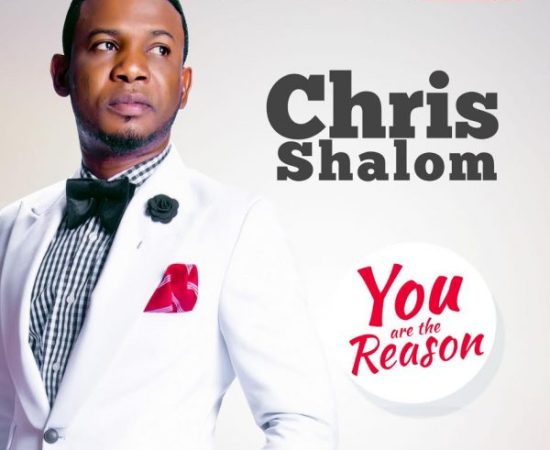 Lagos, NG — The atmosphere has been charged and the heavens heavy with the rain of abundance since the 23rd of April when the man with the Golden voice Chris Shalom announced the release of his 5th studio album, today is a new day in the ‘Gospeldom’ as Chris Shalom finally unveils the much anticipated album!

Haven wowed us with 3 releases from the album including – , “Power Belongs to You” – which has birthed various testimonies and feedback, Chris Shalom adds another feather to his hat with the landmark release of the album “You are the Reason”, a title adapted from his previously released hit single.

Talking about the album, Chris Shalom who recently returned from South Africa where he ministered and connected with fans said:

“This album expressly speaks the meditation of my heart. It is the result of my devotion and I hope it inspires every listener worldwide.”

Now available on iTunes, the 10-track album is the first amongst the series of releases Chris Shalom has tagged “Alive in Worship Series”.

Chris Shalom is one of the front-line worship leader of Chris Embassy. He was dubbed ‘the man with the Golden voice’ by his senior pastor and mentor Pastor Chris. These days, Chris Shalom is not only the worshippers’ favourite but also the media as he continues to record increasing number of media personality who have fallen in love with his sound.

In 2013, a man who had attempted suicide testified of how his album “More than a Conqueror” had delivered him, Chris is positive that this new album will birth many more testimonies of changed lives.

Get album on iTunes

Stay tuned to Praiseworld Radio to listen to exclusive gospel tunes and exciting radio programs all day every day.